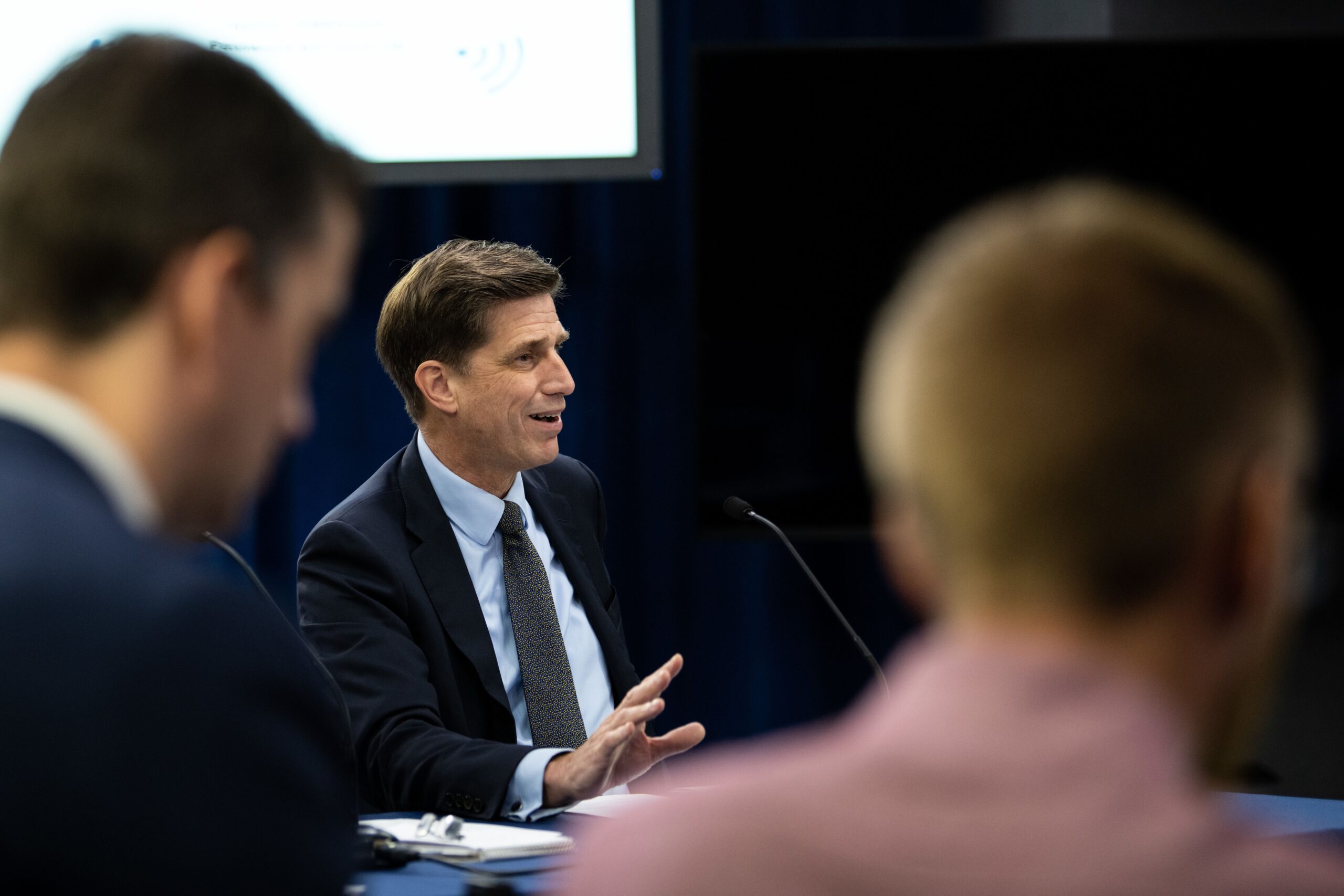 WASHINGTON — The Pentagon’s top IT official said Wednesday that his office has spent the last few months preparing the armed services to migrate to the department’s long-delayed enterprise cloud as soon as it becomes available.

“We’re doing a lot of work with the services on getting them prepared to move their [software] development processes and cycles to DevOps so when the [Joint Enterprise Defense Infrastructure] cloud finally does get awarded, we’re not starting at Day One,” Dana Deasy, Pentagon chief information officer, said during a Defense Writers Group roundtable.

The JEDI cloud contract was originally awarded to Microsoft over Amazon Web Services 11 months ago, and then was halted by a federal judge in February. Though the court case remains unresolved, Deasy said the services must now identify tools, integration environments and directories that need set up to connect users into the cloud when it’s available.

Despite the judge’s decision, “that’s all work that we can do because it sits inside our ownership all ready,” Deasy said.

While the Department of Defense has faced criticism for its single-award structure, particularly as cloud technologies have advanced during the yearslong delay, Deasy insisted the JEDI cloud still fills a critical capability gap the department needs to deliver to the war fighter: data at the tactical edge and DevOps.

The JEDI cloud is the platform the department still envisions for those needs and is an important piece of the Joint All-Domain Command and Control concept, an initiative through which the services want to connect sensors and shooters. Deasy said the DoD has solutions in place to form that connection, but still needs “that tactical cloud out at the tactical edge.”

“JADC2 is going to point out, time and time again, about the need of being able to swiftly bring data together. And guess what? That data is going to be of different classifications, and bringing that together in a cross-domain way in a very quick-to-need [way] is something that is still a need we have across the Department of Defense that JEDI was specifically designed to solve for,” Deasy said.

Cloud, data and artificial intelligence are core elements to enabling JADC2. Using data for joint war fighting is the top priority of the department’s forthcoming data strategy, which Deasy said he expects will be released in the next 30 days.

The department has a lot of data, but it is not necessarily prepared or stored in a way that is ready to be used for any sort of operations. The data strategy is expected to outline how to approach those challenges.

The DoD’s new chief data officer, Dave Spirk, will finalize the data strategy. After he started in June, Spirk went on a “listening tour” across the department to inform the strategy.

Deasy said Spirk was told by many components that the department needs to set goals to ensure data is visible, understandable and trustworthy, while also easily within classification levels. They also said the data needs to be interoperable and secure, while also linked and integrated between sensors and shooters.

The JAIC recently awarded its Joint Common Foundation contract to Deloitte. The company is to provide an environment for an enterprisewide AI development platform. That platform, which uses the Air Force’s Platform One enterprise cloud, was originally supposed to operate inside the JEDI cloud.

“That is obviously OK in the short term, but over time that starts to become problematic because now you’re starting to set up a lot of different solutions in different environments where you’re going to have to go back and sort out in an enterprise way,” Deasy said.