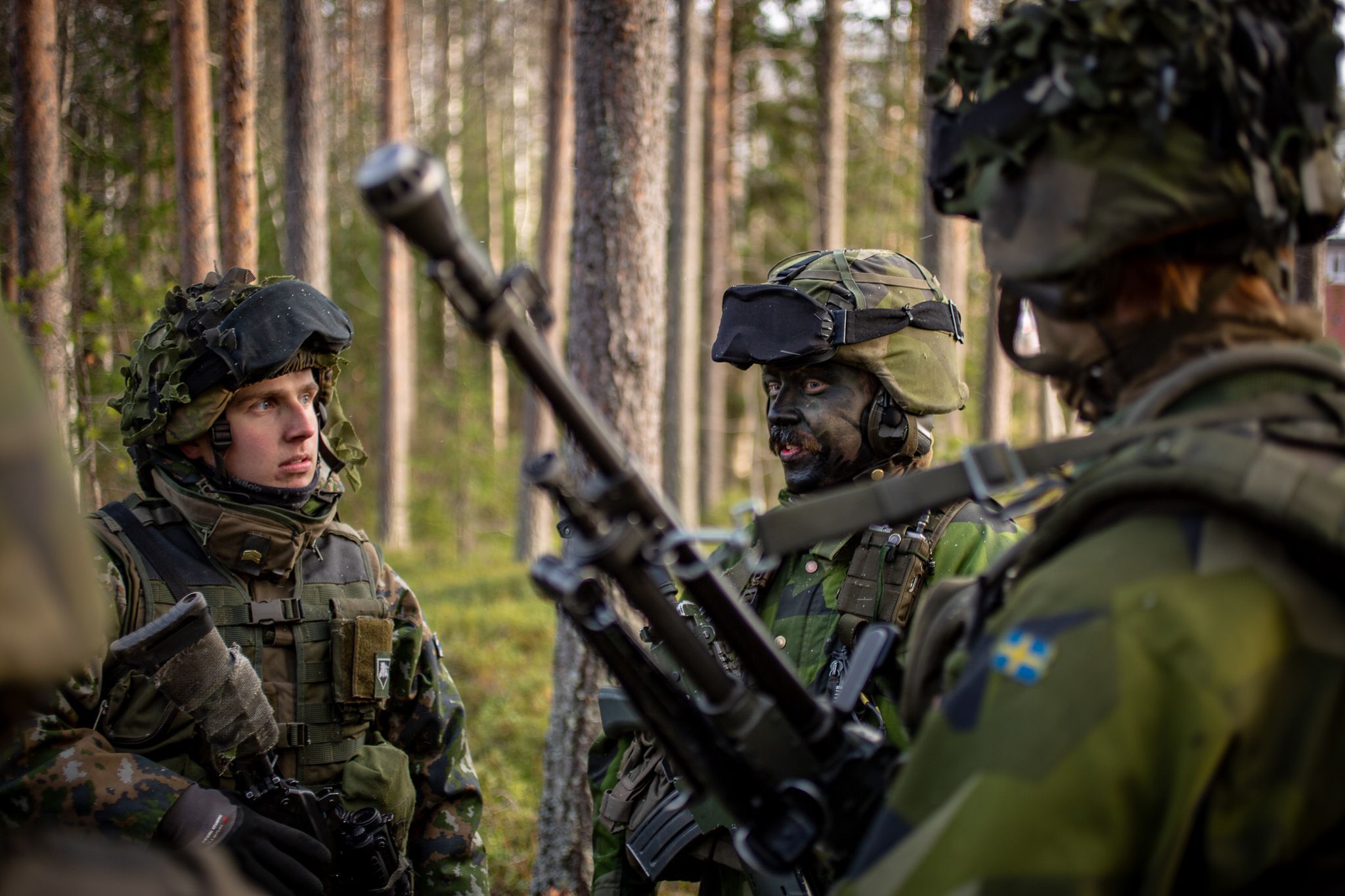 Correction: A previous version of this story incorrectly referred to Sweden as a neutral country, which is different from its policy of non-alignment with NATO.

COLOGNE, Germany – Sweden’s push for a sizable military boost is part of the government’s calculus to remain outside NATO and seek other avenues for defense cooperation instead, the defense minister said.

“I don’t think it’s so easy to say that the solution to all the defense questions in our part of Europe is solved by only a NATO membership,” Peter Hultqvist told reporters in an online press conference April 7.

Sweden joining the alliance would “change the situation” for non-aligned neighbor Finland, a key partner for Stockholm on defense matters, he said. “And Finland has a very long border to Russia.”

Hultqvist added that Sweden’s security doctrine, derived from “history and experiences,” would not lend itself toward a formal membership in NATO, though the country, like Finland, is part of the alliance’s enhanced opportunity program that grants certain partners a closer affiliation.

“We think the best thing we can do is to upgrade military capability and work with others from a bilateral and multilateral perspective and build real interoperability but not change anything in the platform for the security in our part of Europe,” he added.

NATO membership is a controversial subject in Sweden. Politico reported in December that a majority of parties in parliament are now backing an eventual alliance membership over the stated objective of the minority government in which Hultqvist serves.

An all-around boost to Sweden’s military, approved by parliament late last year, envisions a 40 percent spending increase between 2021 and 2025, ending up at $11 billion.

The plan entails upping the size of the military from 60,000 to almost 100,000 personnel by 2030, reorganizing the army into three mechanized brigades, upgrading navy corvettes with air-defense missiles and building new ships, and developing a next-generation fighter aircraft while fielding the latest Saab Gripen E plane throughout the force.

Also in the works is an effort to come up with a “long-term equipment supply strategy,” Hultqvist told reporters.

Like the rest of Europe, Sweden was jolted into action on military spending by Russia’s annexation of Crimea 2014 and the ensuing destabilization of Ukraine, Hultqvist said.

“We act from what has really happened, and make conclusions from that perspective,” he added.