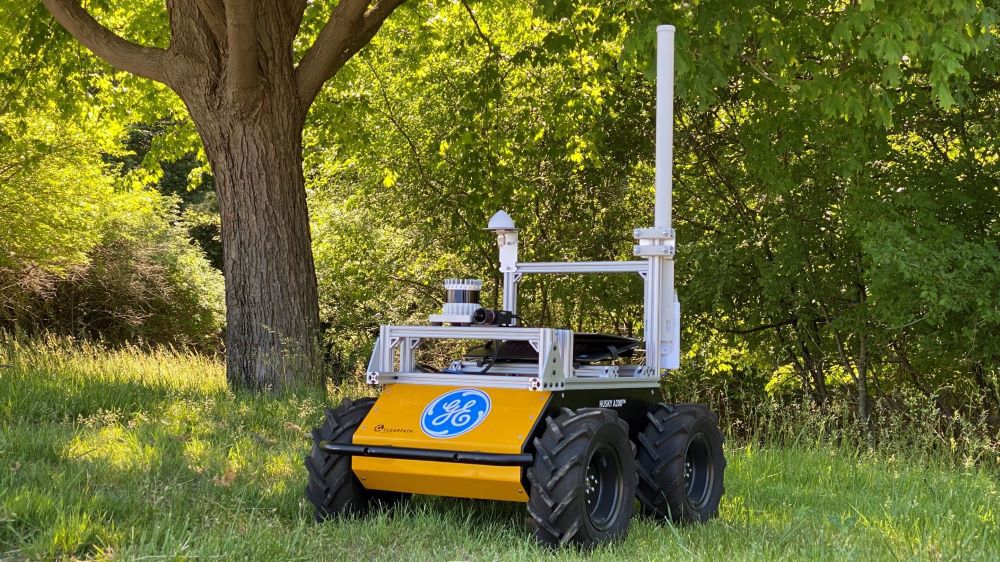 WASHINGTON — General Electric’s Research Lab set a little autonomous robot loose in a wooded course in upstate New York in a demonstration for the U.S. Army and the vehicle scooted quickly along, steering clear of downed branches, crunching over leaf piles and getting tripped up only once when it became wedged between two trees.

The robot paused, attempted a new path and thunked up against one of the trees. It stilled itself again for roughly 10 seconds, as if pondering how to get out of this pickle, then promptly backed up a little at an angle and squeezed through the narrow goal post of trees.

Developing artificial intelligence and autonomy in the realm of self-driving cars has been easier in the commercial world where a large amount of data is available in terms of maps, roads, infrastructure, to plug into systems.

But where the Army often operates, there’s almost none of that predictability.

“Being able to essentially go into a new space, assess where you are, what you are looking at, understanding the uncertainty with which you’re operating under and then behaving accordingly is essentially what we’re driving toward with the SARA program,” John Lizzi, GE Research Lab’s robotics and autonomy tech leader, told Defense News in an Aug. 3 interview.

GE was one of eight funded projects — with all the rest going to academia — by the U.S. Army’s Combat Capabilities Development Command Army Research Laboratory in a path to get after autonomous vehicle navigation in complex terrain where lessons learned and technology could feed into next-generation combat vehicles from the Optionally Manned Fighting Vehicle to the Robotic Combat Vehicle family.

GE has spent the last year developing technology within the Army-sponsored program.

“In future Army scenarios, autonomous systems will have to reliably plan in the presence of challenging features they encounter while maneuvering in complex terrain,” Eric Spero, the Army’s SARA program manager, said. “Incorporating risk and uncertainty into the autonomy decision-making process enables our testbed platforms to show us what it looks like to plan a direct path instead of taking the long way around.”

Using its Humble AI, technology that makes artificial intelligence more human by programming into the robot a sense of its capabilities and limitations, GE was able to give it the ability to step back and assess uncertain situations.

The robot has the ability to decipher known and unknown paths when navigating; gathering information using camera data, LIDAR sensing capability, odometry and other measurements to make decisions on which way to go, Lizzi said.

Humble AI has already been tested in the context of, for example, how to safely optimize the energy output of wind turbines. The AI may recognize certain wind patterns but if it encounters new wind forces or weather, it goes into safe mode while deciding how to respond to the new situation.

The work GE is doing with Humble AI, to include its development effort with the Army, will feed into improving the technology so that it can think more quickly, at human speeds or faster, Lizzi said. “I think that is going to be absolutely critical.”

These systems will also need to learn in the moment, he added. “The paradigm today is, I go out in the field, I collect a bunch of data, and then I program my system to function in that understood realm. I think we’re going to get to a point where that paradigm is not going to work anymore, so learning on the fly, learning from limited data, learning from demonstration could be a way in which we deal with that.”

The AI development within the program isn’t happening in a vacuum either. The technology is being integrated with the Army’s core autonomy stack as the program proceeds and will be there to build upon in the future.

And while there is strong applicability to ground robotics, the advances GE has made in AI technology through the ARL program could be useful in variety of spaces from industrial to commercial across sectors like energy, aviation and healthcare, according to Lizzi.