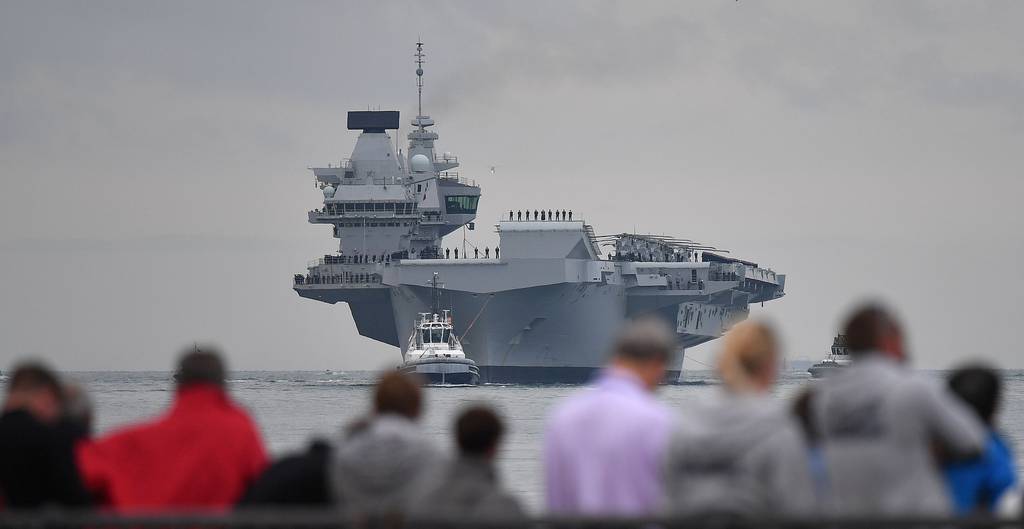 LONDON — The British Royal Navy wants to make it easier for industry to help the service develop “battle-winning, relevant, and affordable” capabilities by developing more transparent requirements and technology priorities.

The service is establishing streamlined points of contact, and setting up new workshops and demonstration days as tools to bring industry more in step with what the service needs for future wars, said Capt. Sarah Oakley, head of force development for the Royal Navy’s develop directorate.

“There is a pressing need to cohere better Navy activity with industry, [and] to provide clarity, certainty, opportunity, and most importantly, efficiency,” she said Tuesday at the biennial DSEI conference in London.

This renewed engagement is critical as emerging technologies are increasingly coming from the commercial sectors, as opposed to military research-and-development (R&D) arms, she noted. “Increasingly, we see innovative, novel technologies being developed in the commercial sector, that we could exploit and adapt for military use by reaching out earlier, and sharing our thinking and our evolving requirements.”

Partners in industry will be able to more closely interact with Royal Navy representatives across thematically organized workshops and transparent requests for information on the service’s website, Oakley said. The navy has also invested in a new “defense battle lab” located in Dorset, which will be home to an innovation hub where small and medium enterprises across the technology spectrum can meet with military stakeholders.

Meanwhile, “We know we won’t be able to solve all the problems and change our relationship with industry overnight,” Oakley acknowledged. “However, we are committed to doing things differently — more of the same is not good enough.”

The navy’s desire to work more holistically and efficiently with its industry partners comes as the U.K. Ministry of Defence is putting the finishing touches on a new shipbuilding strategy, led by Defense Secretary Ben Wallace. The last strategy was issued in 2017, and this new “refresh” is aimed to help generate the declining shipbuilding and commercial maritime sectors.

It’s reassuring for industry partners that the strategy is not completely focused on “steel-bashing” going forward, said Elizabeth Baker, business development director of exports for Thales during the panel discussion Tuesday.

The new technologies and capabilities desired by the Royal Navy will require more agile and different procurement cycles, ones where system procurement is conducted differently from platform procurement, she noted. “It’s very warming to hear the Navy talk about that,” she said.

Vivienne Machi is a reporter based in Stuttgart, Germany, contributing to Defense News’ European coverage. She previously reported for National Defense Magazine, Defense Daily, Via Satellite, Foreign Policy and the Dayton Daily News. She was named the Defence Media Awards’ best young defense journalist in 2020.