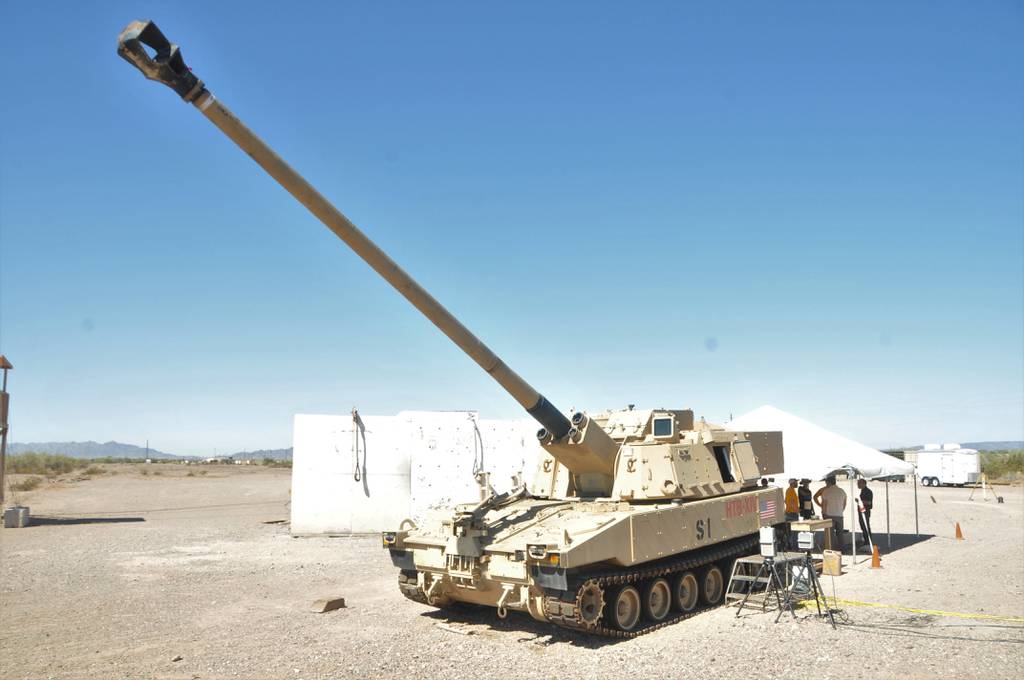 WASHINGTON — The Army is still deciding on the acquisition strategy for its Extended Range Cannon Artillery, or ERCA, system, even as the service seeks initial fielding in the fourth quarter of fiscal 2023, according to Brig. Gen. John Rafferty.

The Army just accepted its first two ERCA systems in a ceremony last month and will complete 16 more prototypes just like them over the next two years at Picatinny Arsenal, New Jersey. These will go to a battalion that will subsequently perform a year-long operational assessment, Rafferty, who oversees Army long-range precision fires modernization, told Defense News in an interview ahead of the Association of the U.S. Army’s annual conference.

The first production-representative ERCA systems are slated to be delivered to a battalion in FY25.

“Our acquisition strategy is working its way up the chain right now,” Rafferty said, “but we expect decisions to be made on that in probably the next three to four months — well, could be a little bit longer.”

The Army has decided the A7 version of the BAE Systems-manufactured M109 Paladin Integrated Management (PIM) self-propelled howitzer will be the chassis for the ERCA system. The cannon was internally developed by the service.

ERCA “needs the performance, mobility and survivability improvements that come with the PIM chassis,” Rafferty said. “That’s going to be the basis for ERCA.”

The Army still hasn’t decided how to inject competition into the effort as BAE Systems will provide the chassis and the service integrated the internally developed cannon to create the first prototypes.

“The Army would always prefer to compete,” Rafferty said, noting the service is considering several approaches. “We’ve expected there would be some form of competition in this.”

The Army, earlier this month, released an announcement scheduling a tentative industry day on ERCA for Oct. 15. According to the announcement, the service intends to put out a request for prototype proposal for ERCA.

“The intent of this prototype project is to mature and validate the Technical Data Package (TDP) and installation instructions for an ERCA Self-Propelled Howitzer System,” the announcement states.

Under an Other Transaction Authority contract — which is designed for rapid prototyping efforts — the contractor would build an ERCA prototype vehicle to validate the TDP over an 18-month period.

One industry source likened the effort to IKEA instruction development. When a new piece of furniture is designed, someone has to try out the instructions for building it to see if they are clear enough.

“This is not a design effort,” the announcement stresses, “although the contractor will be expected to offer potential solutions or lessons learned as difficulties are encountered during the build process.”

When it comes to production, the Army has not decided on its strategy. The industry source said the service could decide to take fully built PIM systems off the production line and have the cannon builder or integrator break down the PIM system and rebuild it with the cannon.

But the source noted this approach likely adds risk and additional cost because the Army would pay for a full-up PIM, then pay for the process of taking it apart and adapting it.

Another option would be to have a contractor build the cannon system as a kit BAE could add into the PIM line, the source said. There could then be a fork in the PIM production line; some would veer off to become PIMs and others would become ERCA systems.

As the Army weighs its production options, it still has a busy road ahead to get to initial fielding in 2023, Rafferty said. However, the ERCA cannon did reach its goal of hitting a 70-kilometer range in December 2020.

“We have a lot of hard work ahead of us,” Rafferty said. “The decision three years ago on the ERCA systems was to accept the risk of developing all these things concurrently, and that comes with the recognition that it’s always going to be hard.

The program previously experienced problems with a copper rotating band, which is on traditional artillery projectiles. The band works well in a 20-foot gun tube, Rafferty said, but 10 feet added to the tube caused excessive wear and resulted in some engraving on the side of the projectiles.

“Our schedule to deliver the prototype battalion in ‘23 still looks pretty good,” Rafferty said, “but it’s going to be sleeves-rolled-up all the way through.”