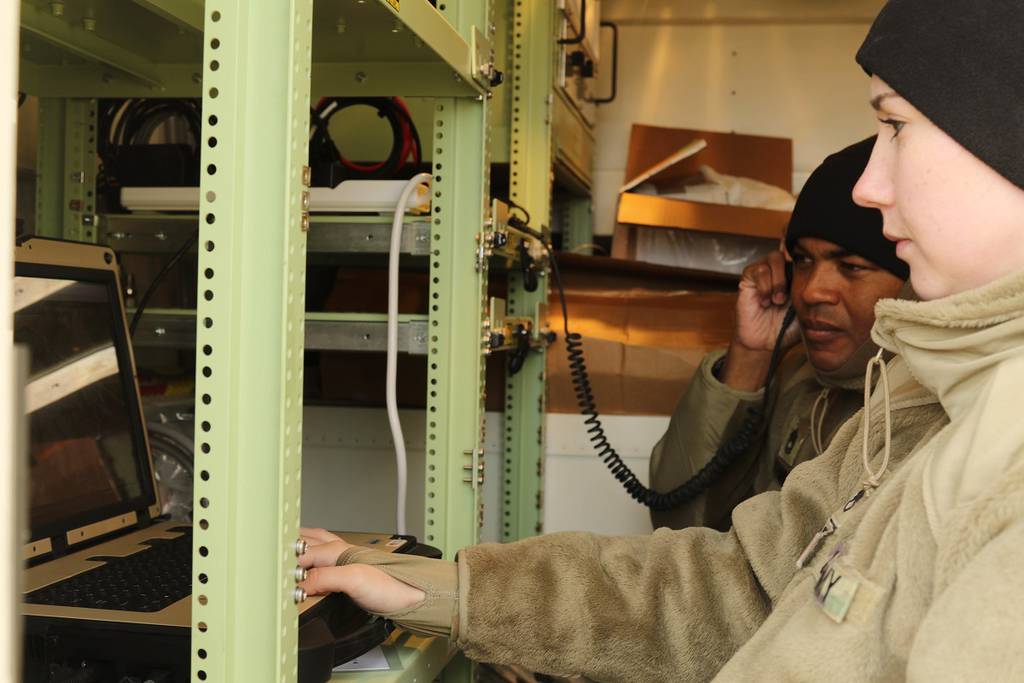 WASHINGTON — Security and connectivity are the top near-term priorities for Army enterprise network modernization, a service official said this week.

The service released its unified network plan, which establishes a framework for linking the enterprise and the tactical network to provide global connectivity and data for forces. The plan prioritizes the Secret Internet Protocol Router Network (SIPRNet), its classified mission network.

“You look at globalizing the SIPRNet, things like commercial solutions for classified, multiple levels of security, virtual desktop, comply to connect, 5G, bringing it to the installations, wifi, software defined networks and that security architecture and” defensive cyber operations, Ross Guckert, program executive officer for Enterprise Information Systems, told C4ISRNET at the annual AUSA conference. “All those things are pieces that we’ll look at as part of the enterprise and then scaling those so it’s part of the single network whether you’re” in the U.S. or outside.

In the past, he said, the Army has focused on the unclassified network, NIPRNet, and the tactical networks. The new unified network plan pivots to SIPRNet, mission command and security.

Guckert said his organization is supporting the vision in three key ways: modernizing all installations with new routers and switches — which involves the service’s Enterprise IT as a Service pilot; providing new and cutting edge defensive cyber tools for the cyber protection brigade; and providing enterprise services such as identity, credential, and access management.

However, the Army is in a waiting period when it comes to identifying specific near-term initiatives to modernize the enterprise, Guckert said, because it is waiting on the results of certain pilots and funding decisions.

“We’re in the strategy phase, that’s what came out. They call it a plan, but what’s next is the implementation plan. What does that look like over time and how is it funded,” he said. “There’s going to be some trades because we can’t do everything we want to do. … It’s never an end state, it’s a constantly evolving and modernizing as we learn and as money becomes available and what the priorities are so we know how to spend that money.”

One of the pilots mentioned is Enterprise IT as a Service, which was initially spearheaded by the Air Force and involves getting Army personnel out of managing mundane IT tasks by outsourcing them to industry.

Originally, the Army planned to conduct nine pilots, but curtailed it to three, Guckert said, because those three sites will likely give them the information they need. There should be a decision next quarter on what the Army wants to adopt.

Mark Pomerleau is a reporter for C4ISRNET, covering information warfare and cyberspace.

10/13/2021 National Security and Korean News and Commentary A high-demand, deployable training software is the Army’s goal