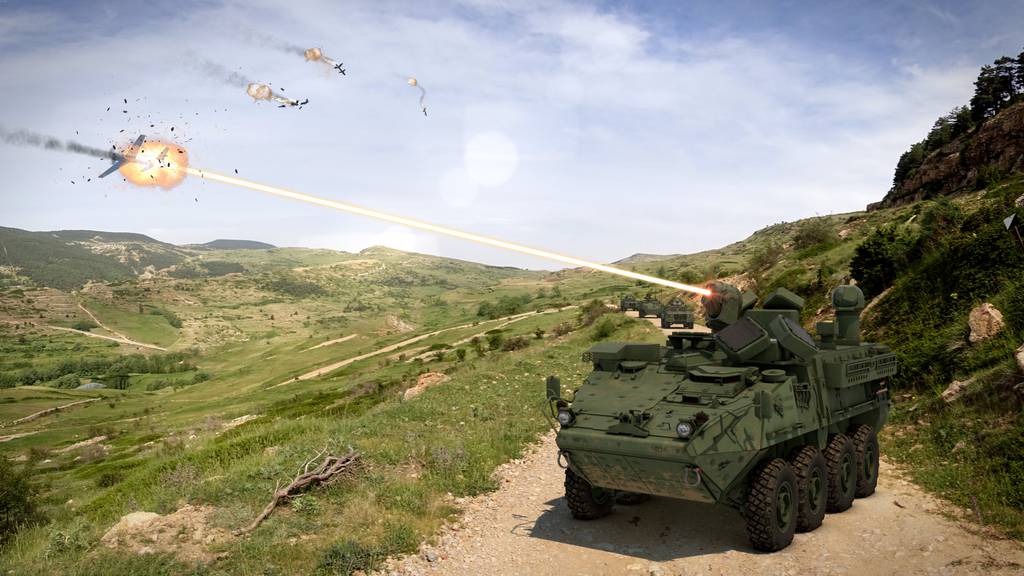 WASHINGTON — As the Pentagon looks to develop new capabilities more reliant on artificial intelligence and races to bring new weapons like hypersonic missiles online, Raytheon Technologies’ chief technology officer is tapping into teams across his enterprise to find ways to help.

Mark Russell was named CTO when Raytheon and United Technologies merged in the spring of 2020, bringing under one umbrella companies like Collins Aerospace (formerly Rockwell Collins) and engine maker Pratt & Whitney. Since the merger, Russell is finding the new additions to the company are bringing with them valuable technology that can be used in novel ways.

Russell spent nearly 15 years developing technology as an engineer at Raytheon. He was the lead engineer designing the Patriot Guided Enhanced Missile-T, or GEM-T, and also worked on Patriot weapon system integration as well as a variety of other space and ground capabilities.

“When they merged the two companies, they did pick me to be the chief technology officer, I think, because of my history with lots of things,” Russell told Defense News in a recent interview. “I’ve been in this job for a while, 15 years almost, and things work. As long as my systems work and we are first, they keep me.”

Defense News sat down with Russell to discuss his approach as the Pentagon looks to engage its adversaries in a more connected, faster and multidomain operational environment.

The interview was edited for length and clarity.

All of the services are tackling some very hard problems when it comes to technology. What are some of the hardest problems that need to be solved to be effective on the battlefield of the future?

I led pulling together a dozen technology roadmaps. The roadmaps are driven by our customer’s threat portfolio. First, they start out with threats and they decompose it into systems and then products and weapons systems they need or capabilities. We do the same thing. We come up with a gap analysis of how we might develop or buy or acquire whatever to fill those gaps and eventually provide discriminators for products that we want to provide.

We all have to have [artificial intelligence], we all have [to have] that machine learning, we all have to work on nanotechnology and so on, which are very important enablers. And we’re investing in that and high temperature materials for the hot side of engines or hypersonics.

We recently did a [hypersonic weapon] test and solved a lot of hard problems. The hypersonic missile, the [Hypersonic Air-breathing Weapon Concept] missile heading out at a mile per second or more is a new world, right? The problem on the heating side, which is, by the way, the same temperature as the hot side of an engine that Pratt and Whitney have to withstand, it can melt more than half of the periodic table. At the end of the day, you have to come up with new coatings and you have to be able to have the inlets and the structures to withstand temperatures that are extreme.

When these things ignite off and start traveling, because they’re launched from planes or something else, it’s something that’s happening so fast that decisions are made not by humans. They’re autonomous.

The first thing is: can we solve all those hardware problems? Can we build something at a reasonable price and production that can be used? Because at this moment, we as a country need to. We are very proud that our company did that. But I’m also saying the whole country needs the infrastructure to work on this problem. We’ve got to be able to run production. So there’s technologies like additive manufacturing and high temperature radomes and there might be more exotic materials.

Then you get into the system side and software side. All of a sudden, you have to be able to have a system that can command and control this and figure out how to do it right and networking, how do they all work with everything else in the ecosystem that is the Army, the Navy, and so on? And there’s a whole set of technologies loosely under something called Joint All Domain Command and Control. They’re all trying to solve the networking communication problem too, and they are trying to solve it potentially in a GPS-denied environment.

[Additionally at] the system level, can you detect these hypersonic missiles? Well, you may have to detect them from space, because how are you going to have to keep the missile launch under custody throughout the flight? That’s a big deal. It may have to be something more like a space sensor or something. I can’t get much into that because it is highly classified.

A big problem the military is working to solve is closing the decision and action loop from many minutes to seconds. The services have been tackling those things through events like Project Convergence. How is Raytheon thinking about that?

I always use the [phrase] “a mile per second,” because it means something. You have to have processors that go that fast, your screen can’t have a little spinny hourglass while you’re trying to make a decision.

We just teamed with IBM, working with them on AI, secure processing and eventually quantum technologies, all the things associated with encryption. But AI and machine learning will be the heartbeat of how we think about these systems working together. They have to learn, they have to be cognitive, they have to see what’s out there. And then have a spectrum superiority, if you will, because human beings are not going to be sitting there with a spectrum analyzer looking at all signals. They’re gonna do it automatically, autonomously.

You probably have heard various leaders in the military, in the Army specifically, talking about that, how are they going to have secure comms and how are they going to make decisions. And at the heart of it all, how are we going to fight the fight and, at the end of the day, it’s very important that we understand these systems becoming more software than hardware. I used to build systems that were 75% hardware and 25% software. It’s been flipped. Radars have millions of lines of code now.

The big defense firms are very focused on growing the hypersonic technology industry in the U.S. both from the offensive and defensive sides. What are you doing on the defensive side?

At the end of the day, you’re going to need all domains [to track hypersonic weapons] because one, the earth is curved, and, two, frequencies matter, whether they’re low frequency or high frequency. Radars that are hundreds of megahertz are becoming just as important as radars with millimeter waves. First, you’re going to have an effector, that’s either going to launch for an effect, or it’s going to be a defensive-type weapon. Either way, it’s a difficult problem, closing trajectory loops, closing guidance control systems in milliseconds, but now you’ve got a system and you have to create a sensor strategy, that if we have a launch detected from an adversary, you’ve got to detect that launch and keep it in custody throughout the whole trajectory. At some point, it’s too late. You’re going to have to go from sensing, which will take some space assets.

Once you have it under custody, which is being done by many services, you know, not necessarily just Army, but also Space Force, as it comes in toward its final destination, these systems we’re trying to compete with maneuver. It used to be like a football trajectory. You knew it was coming; you’d go after it. When something is coming at you that fast, it’s life threatening, it can’t be a guess. You do need AI, you do need machine learning. You have to have the processing done in an efficient way. Some of these things are not just nice to haves. What if you have a raid? What if somebody launches 10 missiles? And what if you have to launch 20 vehicles against it? They have to sort themselves out, they have to communicate between each other, use secure comms, and then at some point, the latency is going to be really low.

What is 5G going to mean? Whether it’s space, whether it’s ground-based radars, whether it’s low-frequency systems, all the information has to be shared. You have to come up with a solution to what you want to do, a fire-control solution, a commander’s intent. The Army is really, really ahead of this. These are the things that companies like Raytheon have to solve; we can’t just solve it by building that piece of metal. We’ve got to tell them how this is going to work in a system.

What has changed in recent years that is making weapons development like hypersonics more possible?

You have to have enabling materials, you have to have the science working. Somebody asked me why I care about quantum technologies. It’s material discovery, it’s optimization. We’re inventing new materials, new coatings. An engine that runs hotter, by the way, is more efficient. All of a sudden, now we get engines that are more efficient, travel farther, maybe get to a net zero in some period of time. I’m all about having these roadmaps apply across many programs with a core technology.

I think at that point, any program, whether it’s tactical boost glide, whether it’s a space program, is going to need all these core technologies. It’s the first time in the last 20 or 30 years that we can optimize design at the chemistry level. We have the computing processing, we didn’t understand the materials well enough to get to a point where we can now build these new kinds of materials and then put them in and make a scramjet work or [Cooled Ceramic Matrix Composite] work.

How have Collins Aerospace and Pratt & Whitney contributed to Raytheon technology development since the merger?

When we look at our Collins world, we take a plane and we fill everything into it from the weather radar to the seats. We’re very good at systems engineering, we’re very good at doing trade-offs of materials, core systems, processing. What’s the thing made of? What’s the paint? What’s the armor? And also reliability —we’re one of the best in the world. How do we think of our redundant systems? How do we make sure the human interface is good for the person sitting in there?

The world of batteries and power sources and materials is world-class at Collins and Pratt. You might not even think that because they are not really defense companies, they are commercial companies. So some of the technology we found is complementary and is actually pretty unique. We have our engineers who are working on electrification of planes, for obvious reasons, and they’re there helping out the directed-energy people. That’s what made my life better for the last year as I followed those things, because I would have had to do that organically.

Countering China’s nuclear threat: The cost to play is cheaper than the cost of sitting out US aid agency becomes most vaccinated by Biden’s deadline