With defense bill stalled, will lawmakers ‘ping pong’ it home? 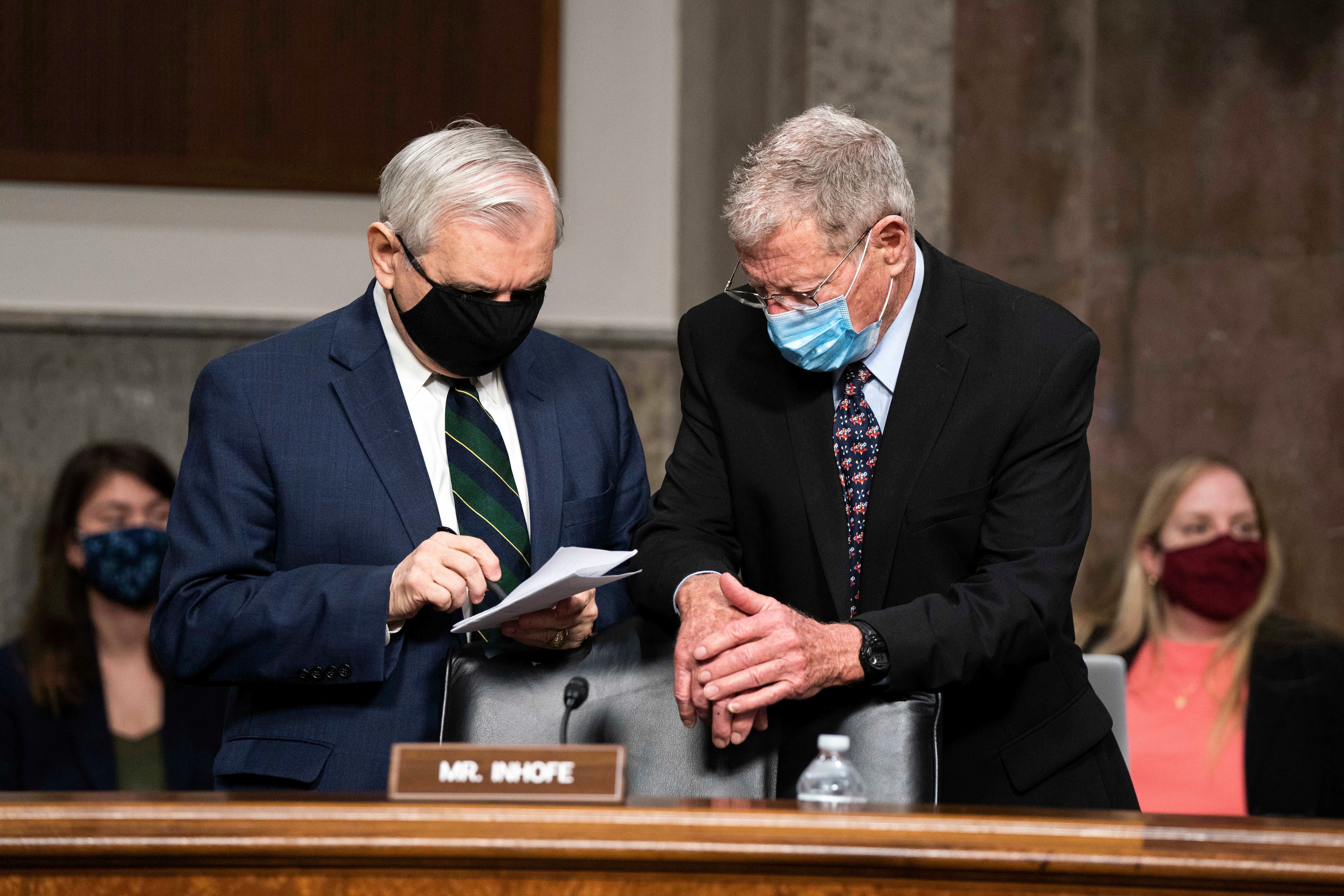 WASHINGTON — With hope of a normal legislative process almost gone, lawmakers are dusting off a nearly decade-old congressional playbook in the hopes of finding a way to get the annual defense authorization bill to the president’s desk before the end of December.

The move coincides with a building panic that Congress’ 60-year streak of passing the authorization bill may be in serious danger, and along with it hundreds of pay and policy provisions that are included in the massive measure.

Defense advocates warn that could be a disaster — not only for one of the last reliable examples of bipartisan agreement on Capitol Hill, but also for military and defense industry leaders, who would see new-start programs, project expansions and Pentagon reforms sidelined without the bill.

On Monday, Republicans in the Senate blocked a bid to speed passage of the authorization legislation early this week, arguing they have not had enough time in the full chamber to consider amendments.

Senate leaders have been working without success for the last two weeks to broker a deal on amendments. But even before that delay, the Senate was months behind its typical schedule for advancing its draft of the annual legislation.

Now, facing a year-end schedule jam-packed with deadlines, Senate and House Armed Services committees leaders are considering abandoning regular order — a formal and time consuming conference process, followed by chamber votes — to ensure the defense measure can be signed into law for a 61st straight year.

“We will have to do the NDAA, it will be done,” Reed said. “We’ll have to use procedures that are appropriate to get it done.”

Congressional sources said lawmakers are looking at following procedures used in 2013, the last time the process was this far behind and entering December. In that scenario, leaders from the two Armed Services committees would hold an informal conference and present Congress with a compromise bill, essentially a take-it-or-leave-it measure for the two chambers to consider.

House Armed Services Committee Chairman Adam Smith, D-Wash., confirmed earlier this month that congressional leaders were discussing plans to “ping-pong” the bill between the chambers in order to get it to President Joe Biden’s desk.

The House would send the compromise NDAA to the Senate, which the Senate could pass and send to the president — unless the Senate makes any changes. If the bill is amended, it would “ping-pong” back to the House.

No plans were set as of Tuesday, and the Senate is on track to vote again to advance the bill. “There are multiple paths to the finish line, and we are working on the NDAA and are optimistic about the options,” said an aide familiar with the deliberations.

“We’re looking back at things that have been done in the past when we’ve run into difficulties,” Reed said. “We’re looking at every possible route, and I think Republicans are concerned too. They want the bill to pass because this is a good bill.”

Reed said bipartisan talks to clear a path in The Senate were still underway and that regular order was still his goal.

”My attitude is it isn’t over until it’s over,” Reed told reporters.

With negotiations over amendments still playing out, the Senate Armed Services Committee’s ranking member, Sen. Jim Inhofe, declined to confirm an alternative process is under discussion.

“I don’t think it will serve a useful purpose to talk about the methodology because we know it’s going to work and we know we’re going to have one,” said Inhofe, R-Okla..

He added that the bill cannot fail, as “it would be the worst signal possible you could send to the troops.”

Lawmakers have acknowledged negotiations are underway on the two chambers’ differing versions of the bill, even if the Senate hasn’t officially finished its work.

Both measures plan for about $740 billion in defense spending in fiscal 2022 — a substantial increase over the White House’s $716 billion target.

No details were made public on what middle ground was reached on the bills’ differences, which include language to dramatically overhaul how military sexual assault cases are handled and a mandate to add women to the list of potential candidates for a future draft.

The scramble on the defense bill comes as Capitol Hill stares down deadlines on government funding, a debt-ceiling extension and the Build Back Better domestic investment package.

How to proceed partly hinges on Senate Majority Leader Chuck Schumer, D-N.Y., who offered the chamber another chance to pass its bill on Monday when he entered a motion to reconsider the failed cloture vote.

On Tuesday, he promised that Democrats would “keep working on a path forward” to pass the authorization bill. But instead of offering specifics, most of Schumer’s remarks focused on blaming Republicans for the latest delay.

“Passing the annual defense bill should not be in question, and Republicans blocking this legislation is harmful to our troops, to their families who sacrifice so much and to our efforts to keep Americans around the world safe,” he said.

“We hope our Republican colleagues, as they discuss this among themselves, will see the light and come up with a fair proposal to allow this bill to go forward.”

Joe Gould is the Congress and industry reporter at Defense News, covering defense budget and policy matters on Capitol Hill as well as industry news.

Leo covers Congress, Veterans Affairs and the White House for Military Times. He has covered Washington, D.C. since 2004, focusing on military personnel and veterans policies. His work has earned numerous honors, including a 2009 Polk award, a 2010 National Headliner Award, the IAVA Leadership in Journalism award and the VFW News Media award.