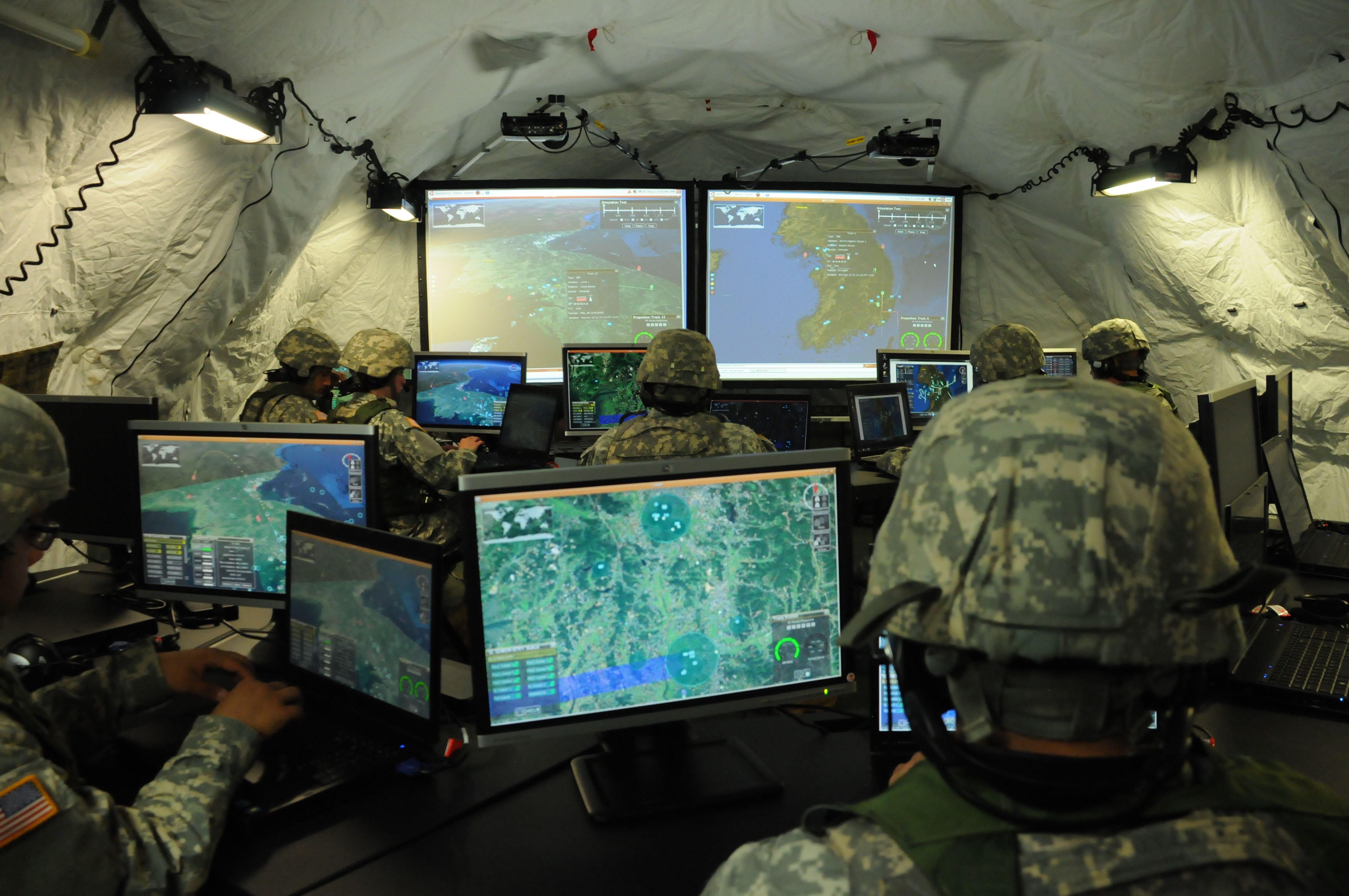 WASHINGTON — The U.S. Army originally intended for the Integrated Battle Command System, or IBCS, to serve as the brains of its air-and-missile defense system, but has exponentially expanded its mission set.

According to Northrop, IBCS showed it can remotely detect and defeat threat targets, using ground, air and space sensors. The system was also able to pass ground target tracking data to a fire control system, helping the Army use it to connect any sensor and shooter on the battlefield.

The testing at Project Convergence demonstrated the system’s “architectural capability to integrate networks, sensors, and effectors across domains for joint operations,” the company said in a Jan. 19 statement.

The Army completed its second Project Convergence in fall 2021. The initial Project Convergence was held at Yuma Proving Ground, Arizona, as a campaign of learning to experiment with and evaluate capabilities the Army hopes to deploy for a fully modernized force that can fight across all domains.

IBCS, which has cost the Army about $2.7 billion to date to develop, was cleared for production in January 2021.

The system was demonstrated in one of the seven use case scenarios executed during Project Convergence and also participated in a network and communication exercise as part of the campaign at Yuma Proving Ground, Arizona, in October and November.

Threat targets were launched from White Sands Missile Range, New Mexico. An engagement operations center using IBCS picked up on the threats at Fort Bliss, Texas, and tracked them. Then the system was able to remotely initiate from Fort Bliss the launch of Patriot missiles at White Sands to take out the threat.

Part of the demonstration included using space-based sensors, which Joint Tactical Ground Station operators tapped into through satellite communications to track a missile threat. While ground and airborne sensors have been used in demonstrations involving IBCS, the addition of space sensors shows the system is able to tie into the space capability layer, according to the spokesperson.

During the communications exercise, IBCS was able to obtain information from an F-35 fighter jet tracking a ground target and feed it to the Army’s fire control system — the Advanced Field Artillery Tactical Data System — for the first time. AFATDS then engaged the target.

The demonstration shows IBCS can contribute not just to defensive missions but to precision strike missions as well, the spokesperson said.

“Project Convergence provided us another opportunity to demonstrate our architecture’s ability to deliver joint connectivity across the services,” Christine Harbison, Northrop Grumman’s vice president and general manager for combat systems and mission readiness, said in the company statement. “That open architecture allows utilization of satellite communications to conduct remote engagements of target missiles, demonstrating our ability to connect the battlespace for all-domain operations.”

At Project Convergence 2021, the Army focused heavily on artificial intelligence and machine-learning enabled systems that could contribute to the military-wide Joint All Domain Command and Control (JADC2).

JADC2 is the Pentagon’s major effort to connect all sensors on the battlefield to troops, enabling a speedier transfer of data, information, intelligence and communications across platforms and services. IBCS is seen as the Army’s contribution to JADC2.

Last month, the Army awarded Northrop a $1.4 billion contract for both low-rate initial production and full-rate production of its future battle command system.

The system is currently running through its initial operational test and evaluation and the Army expects to reach a full-rate production decision on IBCS in fiscal 2023.