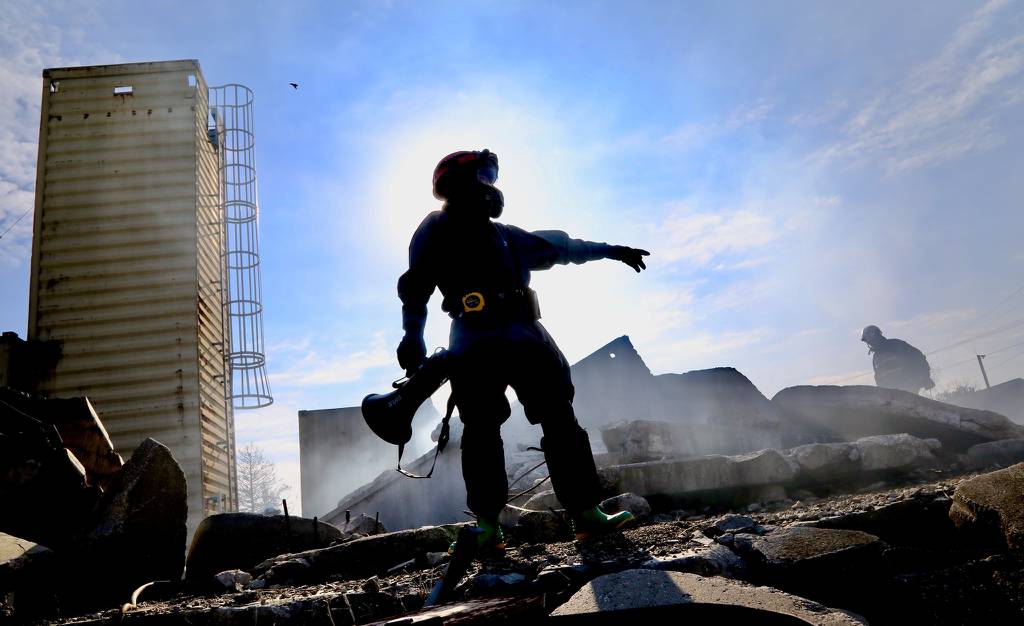 WASHINGTON — Raytheon Technologies and Northrop Grumman recently demonstrated the ability for a single user to control over 100 unmanned systems as part of a swarm in an urban battlefield setting.

During the November experiment at Fort Campbell, Raytheon’s system allowed a single operator to successfully control a swarm of 130 physical drones and 30 simulated drones while Northrop demonstrated a user controlling a swarm of 174 platforms.

“Combined air and ground behaviors, such as intel recon and area patrol, are some of the swarm tactics employed. We also were able to sustain swarm operations for up to 3.5 hours,” Erin Cherry, senior technical program manager of emerging capabilities development at Northrop, said in a statement.

She added that Northrop’s swarm was able to detect about 600 “artifacts” — intelligence, environmental information and mission scenario elements created by DARPA for the event — in roughly 20 minutes.

The Raytheon BBN-led team’s used a combination of commercial off-the-shelf and custom built hardware and software for its swarming technology, even incorporating a virtual reality head set for the user to control the systems.

“We built this custom interface that uses that off the shelf hardware to provide a single person with this flexible God’s eye view of the environment and all of the drones operating within it so that they can manage that larger swarm,” Shane Clark, Raytheon BBN principal investigator for the OFFSET program, said in an interview, adding they had multiple interfaces to include ones that integrated with Android Team Awareness Kit.

Their system also had autonomous elements. For instance, if a user tasked a swarm to investigate or map a building, the system would choose the best or closest ground or air asset to respond without further human input.

While Clark couldn’t speak directly to how this system would be used by the military specifically, he noted the government’s thematic guidance for the experiment was for expeditionary forces at the company level and smaller.

Both companies intend to take their systems to the annual Army Expeditionary Warrior Experiment in March at Fort Benning. Clark said they’ll be doing a demonstration where they’ll be training active duty operators on how to use the system and getting their feedback on how well it works for them and whether the prototypes match with the tactical priorities and workflows they’re familiar with.

Mark Pomerleau is a reporter for C4ISRNET, covering information warfare and cyberspace.