How the Corps is giving Marines duty, enlistment and career choices using data 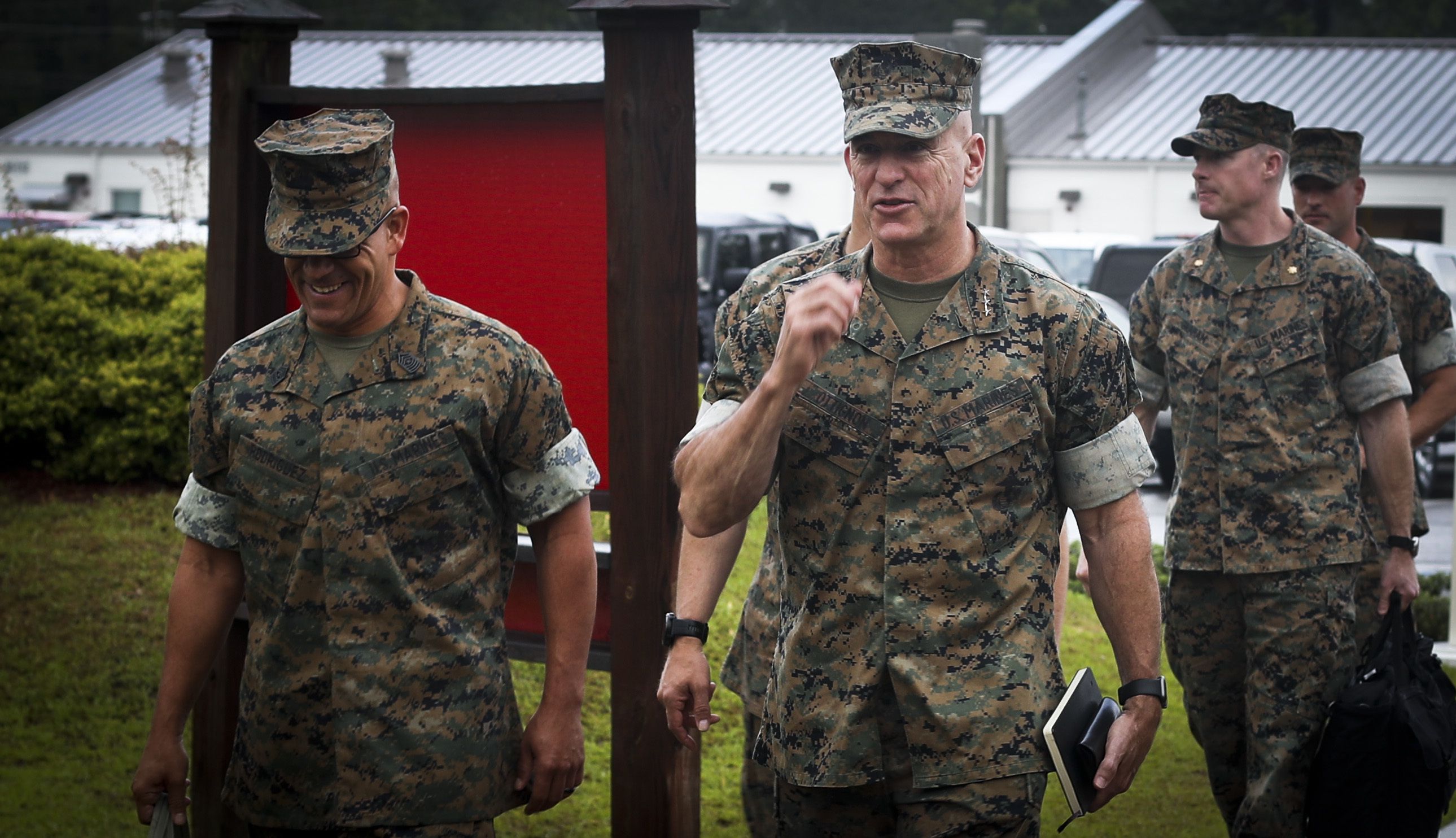 WASHINGTON – New tools being used where a Marine’s billets, units and career future are molded will help the service plan out a kind of “just-in-time” personnel delivery model and open a level of career control that Marines have never seen.

Leaders such as Lt. Gen. David Ottignon, deputy commandant for Manpower and Reserve Affairs, referenced the Corps’ use of predictive analytics to help time when a Marine crosses the yellow footprints to when that Marine will be joining a unit the service needs to build a year or more later and ready for deployment.

While the Corps has extended parental leave and reduced permanent change of station moves already, those quality of life initiatives are balanced, as always, with one primary goal: creating a lethal fighting force through recruiting, retaining and training talented Marines, Ottignon said.

Since that initiative launched in 2021, the Corps has kept 40,000 Marines at station past the 36-month mark, Ottignon said.

That was unheard of in past Marine Corps practices, which sought to move talented Marines around the Corps as quickly as possible. That effort aimed to both broaden the individual Marine’s understanding and also share his or her talent with other units.

And Black noted that the reenlistment model needs reexamining.

“The second we promote a Marine, they’re retainable,” Black said. “Otherwise, why would we promote them?”

It’s at that point, Black said, that the Corps needs to offer the Marine a chance to extend or reenlist. That’s opposed to promoting a Marine and then waiting a year or more to when they reach their end of enlistment period to look at reenlisting.

Shifts like that are efforts to push the Corps to find better ways to retain rather than recruit and replace.

One of the “directed actions” that the top Marine expects from his talent management staff is to “further incentivize retaining our most talented Marines,” according to the force design update.

“And the era that we’re in right now is being able to really catch up with the desire, with what commandants, sergeants major, leaders across the Marine Corps have wanted to try to do for decades, is now match a system that now actually understands talent and get a little closer to what the whole charter for Manpower and Reserve Affairs is,” Black said.

Another example that’s been a simple matter of putting out options to Marines to choose has yielded benefits in an often rough job to fill: that of Marine recruiter.

The “recruit the recruiter,” program already has seen enlisted Marines opt to reenlist early and hand-select their recruiting station so they can chart out the next eight years, knowing where they’re going and for how long.

Kirby noted that program had great success and increased garnered the Corps 800 recruiters signing up for the duty one to two years ahead of reporting to recruiting school.

The volunteer gets to pick their recruiting station. No surprise, Texas filled up fast. But if the opening isn’t there yet, then the recruiter continues in their fleet job until the spot opens.

Then, as already is the case, recruiters come off duty with their pick of duty stations when they return to the fleet.

That means a Marine could stay on station one to two years more where they are, select where they’ll spend their three years recruiting and then pick the duty station where they return to for the next three years.

And the talent management balance hits officers as well.

While far from at a final decision, there could be a future for commissioned officers to choose a staff track and still get promoted without having had command experience.

“How can we, within a new system, find alternate paths to success?” Zagarski said. The strategy group director served three decades as a Marine officer, retiring as a colonel having spent part of his career in manpower.

His group is taking a longer, big picture approach to the Corps’ strategy that might mean ways for Marines to shift to the reserves for a while and return to active duty and maintain promotions.

They’re looking at specialty career tracks that allow officers to become program officers or staff officers and still have a career instead of getting the boot if certain command milestones aren’t met.

Todd South has written about crime, courts, government and the military for multiple publications since 2004 and was named a 2014 Pulitzer finalist for a co-written project on witness intimidation. Todd is a Marine veteran of the Iraq War.