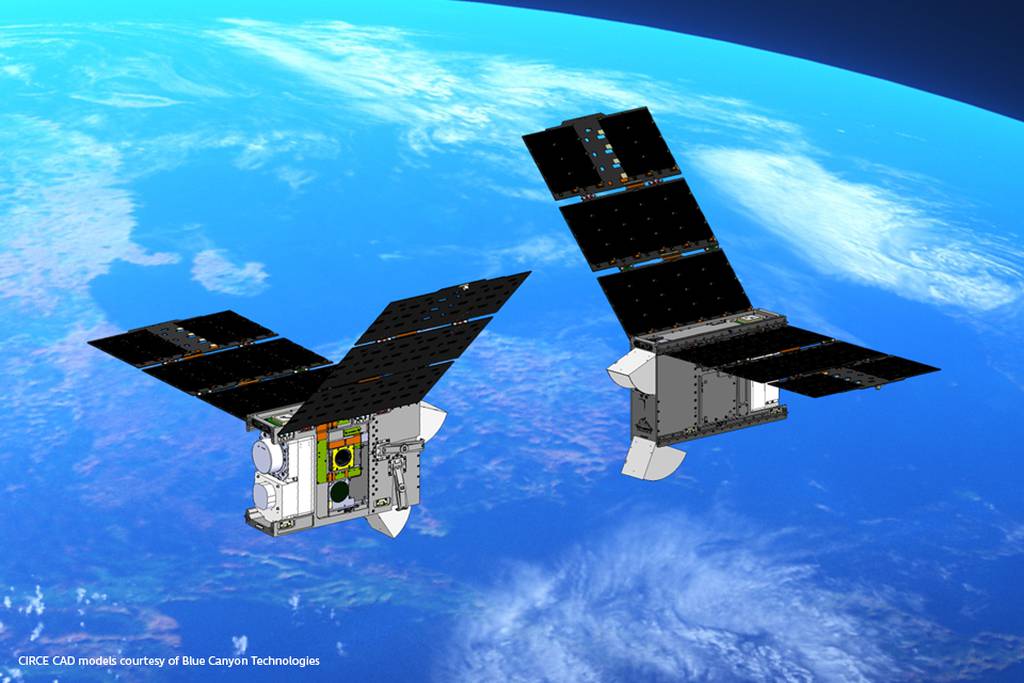 WASHINGTON — Raytheon-owned Blue Canyon Technologies opened the doors of a new satellite manufacturing facility in Colorado that will increase its production capacity to 85 space vehicles per year from 50 and could help cement its parent company’s position as a leader in the technology.

The 31,000 square foot plant is dedicated to building cubesats, a class of small satellites that weigh between one and 10 kilograms and are typically the size of a loaf of bread. Since Raytheon acquired Blue Canyon last year, it has expanded production capacity in Boulder and at a facility in nearby Lafayette that builds microsatellites, or those weighing 10-100 kilograms.

Blue Canyon produces a range of small space vehicles for customers at the U.S. Department of Defense and NASA. Later this summer, two weather satellites it developed for a joint program led by the U.S. Naval Research Laboratory and the United Kingdom Defence Science and Technology Laboratory will launch as part of the first space mission to lift off from British territory.

Roy Azevedo, president of Raytheon’s intelligence and space business, told C4ISRNET the company’s investment in Blue Canyon is part of a broader strategy to become a leader in small satellite technology.

“In the last two years, we’ve invested over $1 billion dollars — and that’s in small satellites, space-qualified electronics, optics, constellation management systems,” Azevedo told C4ISRNET during a July 19 interview at the Farnborough Airshow. “We have every intent of being a small sat leader.”

Along with its purchase of Blue Canyon, Raytheon last year acquired space-qualified electronics company SEAKR Engineering and in July announced it would buy a United Kingdom-based space domain awareness startup called Northern Space and Security. That deal is expected to close by the end of this month.

Azevedo said Raytheon’s recent acquisitions, while focused on leadership in the small satellite market, are also meant to differentiate the company at a technology level. Blue Canyon and SEAKR provide the company with satellite and sensor hardware expertise and NORSS adds specialization in orbital analysis and surveillance.

“It’s quite congested in space, and that is what their tool sets are made for,” he said of NORSS.

Courtney Albon is C4ISRNET’s space and emerging technology reporter. She previously covered the U.S. Air Force and U.S. Space Force for Inside Defense.