Our Corporate Values and Code of Conduct

Here at Falken, we understand that good Corporate Values and a strong Code of Conduct is good business. We will conduct our business honestly and ethically wherever we operate in the world. We will constantly improve the quality of our services, products and operations and will create a reputation for honesty, fairness, respect, responsibility, integrity, trust and sound business judgment. No illegal or unethical conduct on the part of officers, directors, employees or affiliates is in our company’s best interest. Falken will not compromise its principles for short term advantage. The ethical performance of this company is the sum of the ethics of the men and women who work here. Thus, we are expected to adhere to extremely high standards of personal integrity.

Officers, directors and employees of the company will never permit their personal interests to conflict, or appear to conflict, with the interests of the company, its clients or affiliates. We will be particularly careful to avoid representing Falken in any transaction with others with whom there is any outside business affiliation or relationship. No bribes, kickbacks or other similar remuneration or consideration shall be given to any person or organization in order to attract or influence business activity.

Violations of our Code of Ethics are taken very seriously, and can result in discipline, including termination for our employees. The degree of discipline relates in part to weather there was voluntary disclosure of any ethical violation and whether or not the violator cooperated in any subsequent investigation.

Our Commitment to Our Veterans

OUR NATION’S MILITARY SERVICE VETERANS SHOULDN’T BE AMONG THE TOP RANKS OF THE UNEMPLOYED, BUT THEY ARE.

FALKEN INDUSTRIES IS WORKING TO CHANGE THAT.

Along with their families, the 3 million American men and women in US military service, either active or reserve, bear the brunt of the sacrifices demanded by the wars in Iraq and Afghanistan. Sadly, according to the United States Department of Labor, the unemployment rate for recently seperated veterans is abut 12.5 percent; far above the current national average. Today, there are more than 1 million unemployed veterans of the U.S. Armed Forces.

Falken Industries honors our commitment to veterans by actively recruiting personnel who have honorably separated from service in the U.S. Armed Forces. We are grateful to the men and women who have stepped forward to defend our nation abroad. These men and women deserve better from employers, and ironically, they are often exactly the type of skilled, dedicated employees that both large and small businesses seek. Thus, Falken Industries has joined the alliance of employers committed to hiring at least 100,000 veterans by 2020. We are proud to do our part to help our troops make the transition to civilian life back at home.

VETERANS ARE NOT AFRAID TO MAKE DIFFICULT DECISIONS.
THAT IS MEANINGFUL AND VALUABLE IN THE WORKPLACE.

We seek only the most motivated and highly trained candidates. We believe that there is no better experience than military service when it comes to developing the skills and moral character that we are looking for. 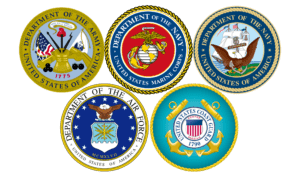 Providing our clients’ with critical assets is an ongoing challenge both domestically and in high-threat environments. Our mission success requires equipping the right team armed with a deep understanding of the evolving threat environment and the knowhow to effectively operate in both permissive and austere environments. Our record of excellence is built upon mission success, effective client communication, rigorous vetting, preparation programs and adherence to our core principles of uncompromising integrity.

Falken has extensive experience in simultaneously managing multiple manufacturing programs of varying size and complexity while maintaining a high level of contract performance throughout a program’s lifecycle. We have successfully performed on relevant security contracts with a total value greater than $5M and have extensive experience sourcing and managing multiple program locations around the globe. We believe that within this area, no other small company can provide the same combination of quality assurance, on-the-ground experience, logistics resources, personnel access, program management understanding, and corporate commitment.

We will leverage our significant, in-place capabilities and expertise; our large pool of screened, trained, and fully qualified employees; and more than 16 years of experience in procuring and deploying personnel and equipment for our various global customers. Our worldwide logistics network supplies and equips our employees operating in countries across five continents. Supporting numerous programs annually, our procurement department regularly acquires and deploys every type of equipment needed to sustain and enable our dedicated global workforce. Falken procures vehicles, uniforms, Personal Protective Equipment (PPE), weapon systems, ammunition, computers, and mobile phones (to name only a few). We are able to leverage our tested, worldwide supply chain to get all procured equipment to its destination on time.

Falken’s approach to delivering exceptional services and equipment is based on a mature Quality Control (QC) processes developed through our experience supporting U.S. Government programs worldwide. With a consistent focus on better serving our customers, we continuously improve these processes to meet performance standards per contract requirements. At the corporate level, Falken has invested the time and resources required to achieve and maintain internationally recognized standards. Our corporate Quality Management System (QMS) is ISO 9001:2008 and 14001:2004 certified, giving customers’ confidence that our quality management programs meet stringent standards aligned with industry best practices.

We understand that the effectiveness of our QMS directly impacts the mission. Our success in controlling work at all levels results in quickly identifying and correcting performance issues so that support of operations are not interrupted. Our QC approach meets the QC requirements of our worldwide programs.

The cornerstone of Falken’s QC Plan (QCP) is the concept that QC begins with personal responsibility. We expect each employee to do the job right the first time and to improve work products or processes. We provide detailed, clearly written SOPs and policy guidance to reinforce training concepts. Our employees conduct self-inspections to verify that their work is being completed correctly. They receive support and feedback from supervisors to verify that quality and safety standards are applied.

Falken’s QCP is based on: